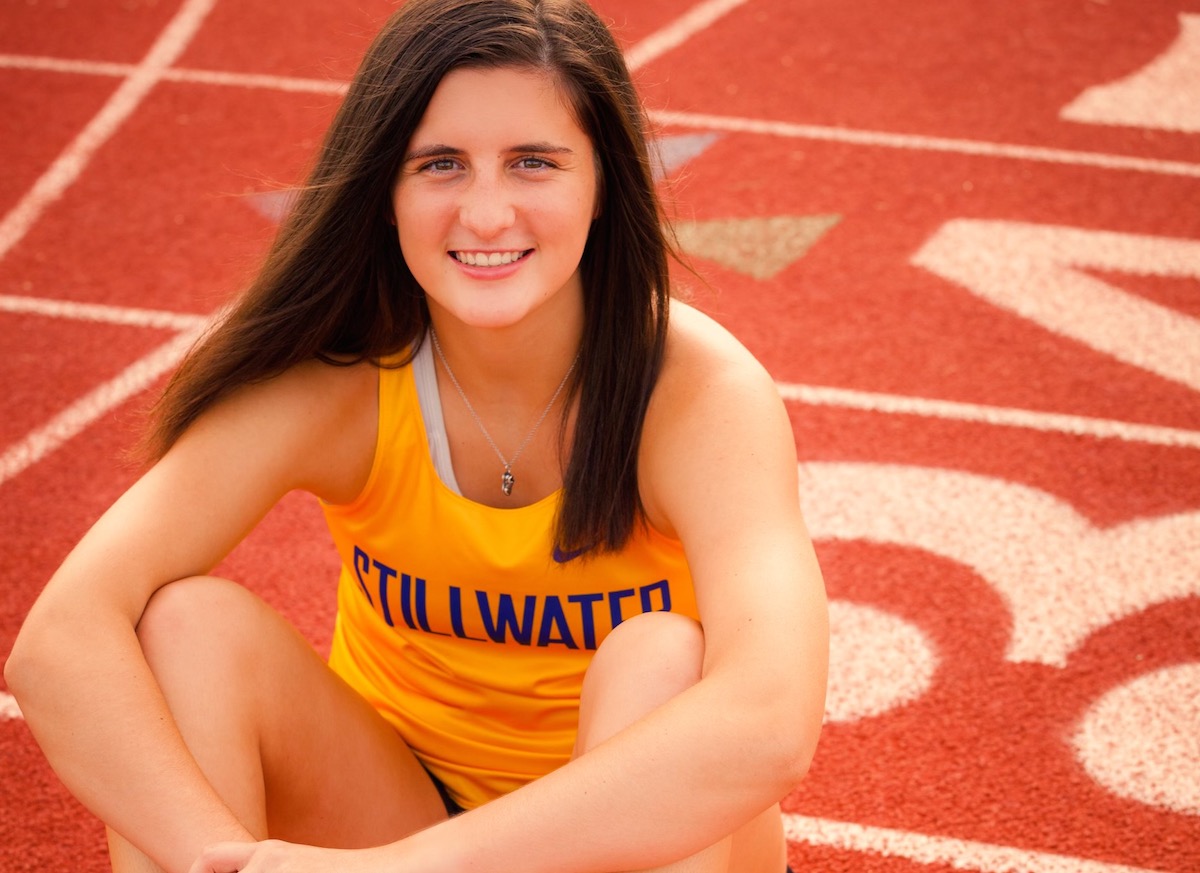 Isabel Lynch is a senior track star for Stillwater High School and is excited to be finishing out the last of her senior year.

She has participated in track for six years but has been a runner since she was much younger. She picked up her love of running by watching her mom, and it has stuck with her ever since.

Isabel enjoys running the mile event now that she has improved it, as well as the 800-meter event. She also has formed close friendships with her teammates over the years. They all continuously support one another and Isabel is very grateful for each member of her team.

“I love the people in the sport, because it is not something that a lot of people like to do so finding another group that likes it is very special,” said Isabel.

Isabel’s favorite moment from her time in track was during her junior year in cross country, and her team made it to state for the first time in seventeen years. She hopes to be able to make it to state again for the mile and 4×8 relay.

“He has helped me so much in life and in running, and not just the physical parts of running but also the mental side and struggles,” said Isabel.

Outside of track, Isabel enjoys playing basketball with her brother, as well as baking and testing out new recipes.

After high school, she plans to run cross country and track at the University of Central Arkansas and major in sports medicine.

Isabel’s advice for her underclassmen is, “Have fun with the sport and worry about yourself first. It is easy to get caught up in how everyone else is doing and wondering why you aren’t doing as good. Do not forget to enjoy your own process.”