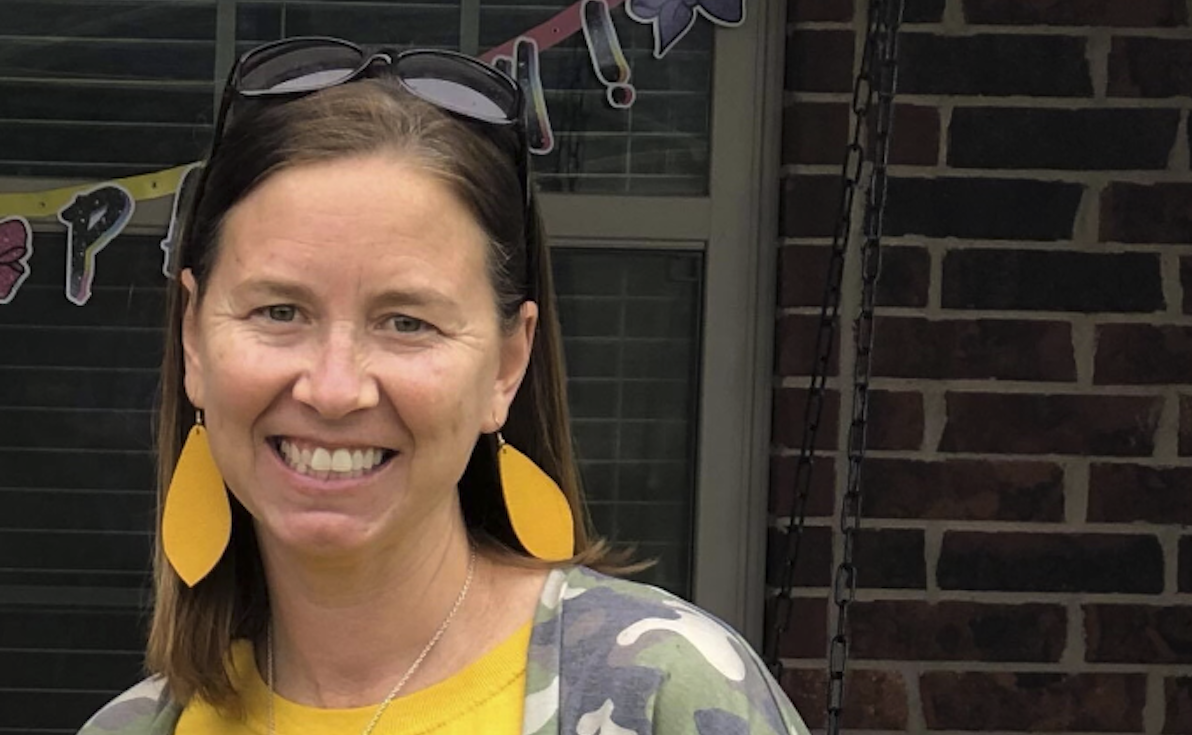 The Stillwater Mom of the Month is Melissa Hicks. Hicks is the mother of four, two of which attend Stillwater High School and play soccer for the Pioneers.

Oldest son Ethan and oldest daughter Allison are both members of the soccer team. Ethan is a senior and Allison is a freshman.

“I am involved in the girls and the boys’ soccer programs. This season, I serve on the hospitality committee and am planning and organizing senior night,” Hicks. “I have two younger children as well.  Sam is in first grade and plays baseball and basketball and Abigail is in third grade and plays soccer, volleyball and basketball. Allison, my freshman also just made the SHS cheer team for next school year.”

Hicks said she enjoys the work she does for the soccer team because it allows her to make connections with other soccer parents on both teams.

“I hosted a team dinner for the boys’ team in late March and am hosting another one again soon. They are such a good group of well mannered, polite and respectful boys. I think it is important to host gatherings for them to bond and have time to enjoy each other off the
field. I think it is important for team chemistry,” said Hicks. “Without parent involvement, these sports teams would not have new uniforms and equipment, or concession stands. Recently SHS soccer hosted the Pioneer Cup. It ran as a well-oiled machine. Parent
volunteers ran the ticket gate and concession stands and the hospitality room. Three meals a day were provided for the refs and coaches. Without the parents, none of that would be possible.”

The Hicks family loves being part of the Stillwater community.

“I love Stillwater school district, because everyone in the community is so supportive of each other. It is a big town with a small town feel. Everyone knows everyone,” said Hicks. “The community support in Stillwater is fantastic. I think it means everything to these kids to know people care for and support them. At every soccer game there are fans in the stands who either have younger soccer players that look up to these high school players or just families that have watched them grow up. It makes it more exciting when they are playing in front of a large group of fans. They play harder when the energy in the stands is high.”

The latest project in planning is the senior night, which Hicks is helping to organize.

“Senior night is quite the event. There is a lot of planning and preparation and a lot of moving parts. I am putting together programs for that night. Planning our end of the year banquet will be the final thing we do this season. Our hospitality committee works really hard to make it a great night for the players and their families. These players work so hard during the season, that it is important for us to give them a special night,” said Hicks.

Hicks is a graduate of Carl Albert High School and Oklahoma State University.