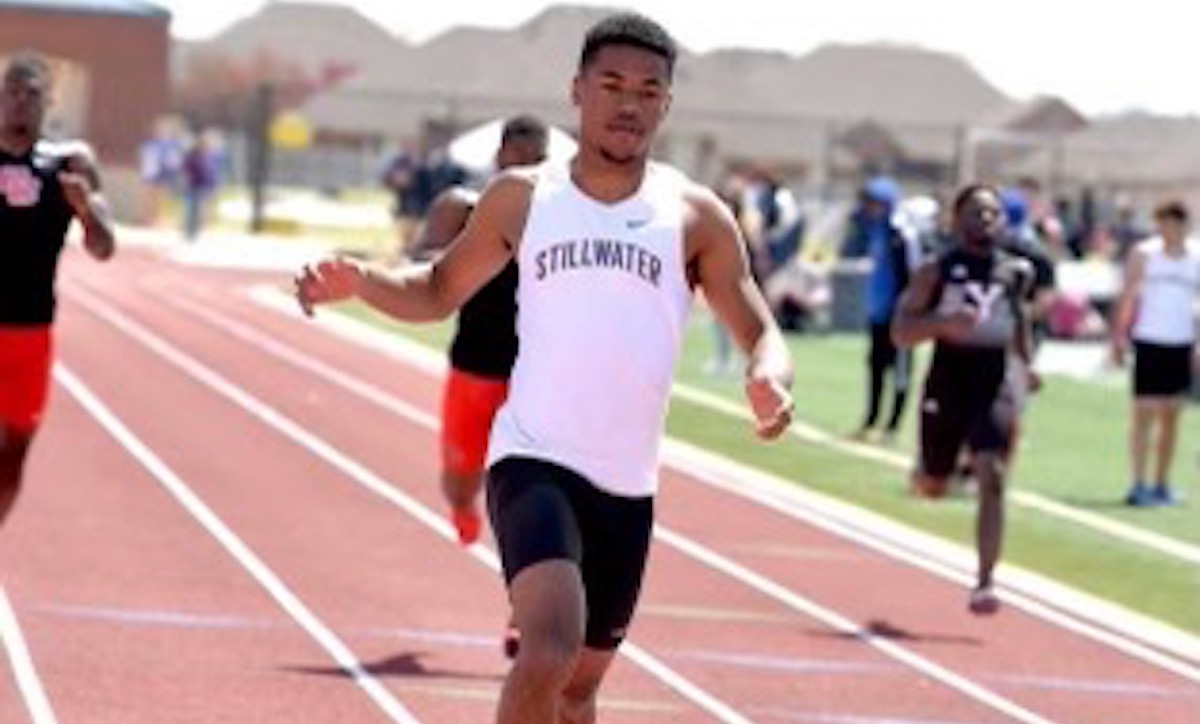 Stillwater senior Tevin Williams is a three-sport athlete, competing on the Pioneers’ football, basketball, and track and field teams. On the football field, Williams is a three-year starter at the wide receiver and cornerback positions. It’s games like the one Williams had against Lawton that made him an all-district wide receiver his senior season. Williams recorded 180 receiving yards and two touchdowns to go along with nine tackles against the Wolverines.

Williams has been the first to come off the bench the past two years for the Pioneers’ basketball squad. He plays at either the power forward or center positions and is a role player who emphasizes defense, rebounding, and setting up his teammates. Williams also competes in four events on the track team: 100m, 200m, 4x100m and 4x200m relays. He’s qualified for the state meet each year and plans to qualify for all four of his events this year.

“Tevin is a leader by example,” said track coach Rusty Atkins. “His work ethic is very important to him. There really are no days off for him. Tevin strives to be the best he can for each day.”

Williams play on the field and work in the classroom (holds a 4.0 GPA) earned him a full-ride scholarship to Baylor University. He will join the Bears football team after committing this time last year.

“Baylor is getting a wonderful, mature young man,” Atkins said. “Bright things are coming for him, and he will embrace them with open arms and hard work. I really cannot wait to see how his future unfold.”

Williams plans to major in psychology to become a clinical psychologist.

“I enjoyed visiting the school and how well they take education seriously,” Williams said. “And the coaching staff has a lot of NFL experience.”

He credits his dad for showing him the path to success in and out of athletics.