The Maroons have a new man calling the shots in former Oklahoma State Cowboy and most recently Ponca City offensive coordinator, Brent Parker. Blackwell lost a large class to graduation and is coming off one of the better seasons in recent memory. Blackwell hosted a playoff game for the first time in 29 years and finished with a record of 5-5, the best mark since 1997. Parker has plenty of holes to fill on both sides of the football. He will be able to rely on stalwarts Christian Mora (5-10, 190, Sr.) and Matt Davis (6-2, 285, Sr.) to provide leadership to an otherwise young roster. Mora and Davis are both multi-year starters for the Maroons. Peyton Jones (6-3, 280, Jr.) joins Davis on the offensive line to provide blocking for Mora at running back. Kevin Rios (6-2, 195, Fr.) has shown promise during the summer at quarterback. He and Eyzik Burke (5-11, 180, Fr.) will be called upon to contribute right away. Tabor Steelmon (6-2, 250, Sr.) had a productive off-season and should factor in at tight end, giving the Maroons more blocking prowess.

Davis will run interference for Mora on defense as well. Davis can beat blocks and does his best to free up Mora to make tackles. Peyton Lenon (6-0, 175, Jr.) plays alongside Mora at linebacker and brings toughness to the front seven. Jones and Steelmon are key factors on the defensive line. Parker is hoping numbers will increase as the season nears and promises that his team will “play hard and run through the whistle.” 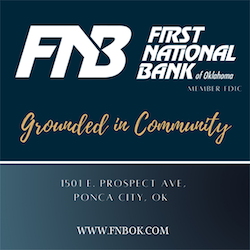