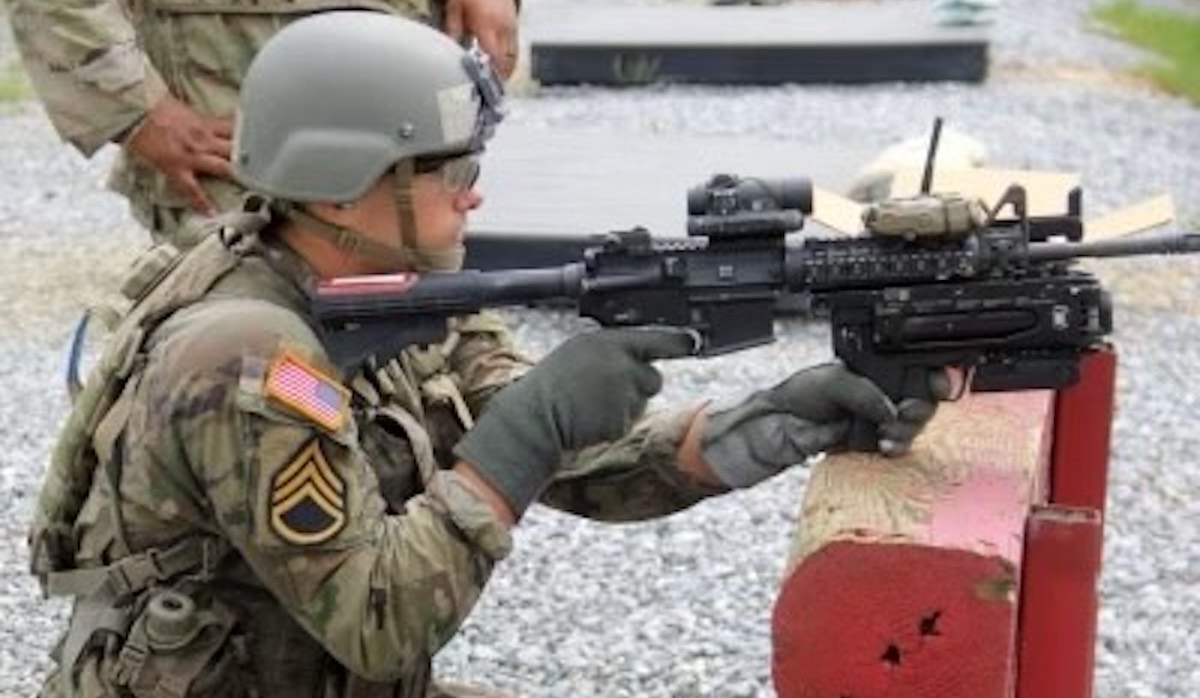 Serving his country is something Morrison High School product Harlee Goldman knew he wanted to do. Over the summer, Goldman was able to attend basic training in Fort Benning, Georgia which is home of the U.S. Army Infantryman. Goldman said joining the National Guard was the right choice for him.

“Joining the military has always been a lifelong goal for me. My grandpa was in the Navy and later on ended up joining the National Guard. My original plan when joining the military was to enlist in the Marines Corps, but a National Guard recruiter reached out and asked me to come in to talk about what opportunities and benefits the Guard had to offer. One of those benefits was having 100 percent of my college tuition paid for, and that was the main benefit that made me want to join within the Guard,” said Goldman.

Now a senior at Morrison High School, Goldman plays football and basketball and loves working out and staying in shape. Having a background in sports helped Goldman get through the rigors of basic training.

“I knew basic training would be tough on me physically but what affected me in the end game was staying mentally sound and having enough motivation to continue on and graduate and turn green,” Goldman said. “Every so often we would be allowed a phone call and receive letters and being able to talk to my mom and my family really helped me out on the mental side because it gave me more motivation to come back home and finally see them after 10 weeks. Basic training put me in the best shape of my life when it comes to running, when I run during football practice I look around and everyone is kind of out of breath and I’m breathing like we haven’t done anything yet because my stamina improved so much.”

The recruiting process was a simple one for Goldman.

“I went into the National Guard recruiting office and immediately knew that this was what I wanted. When I sat down, we immediately went straight to talking about what the difference was between the U.S. Army and the Army National Guard. Some of those were being able to stay state-side while in the Guard and another difference was the college benefits. The recruiting process overall was super smooth and within a few weeks I was able to enlist,” said Goldman. “What I love about being able to serve my country and state is the fact that in times of need I’ll be one of the ones that get called upon to help protect my country and or state.”