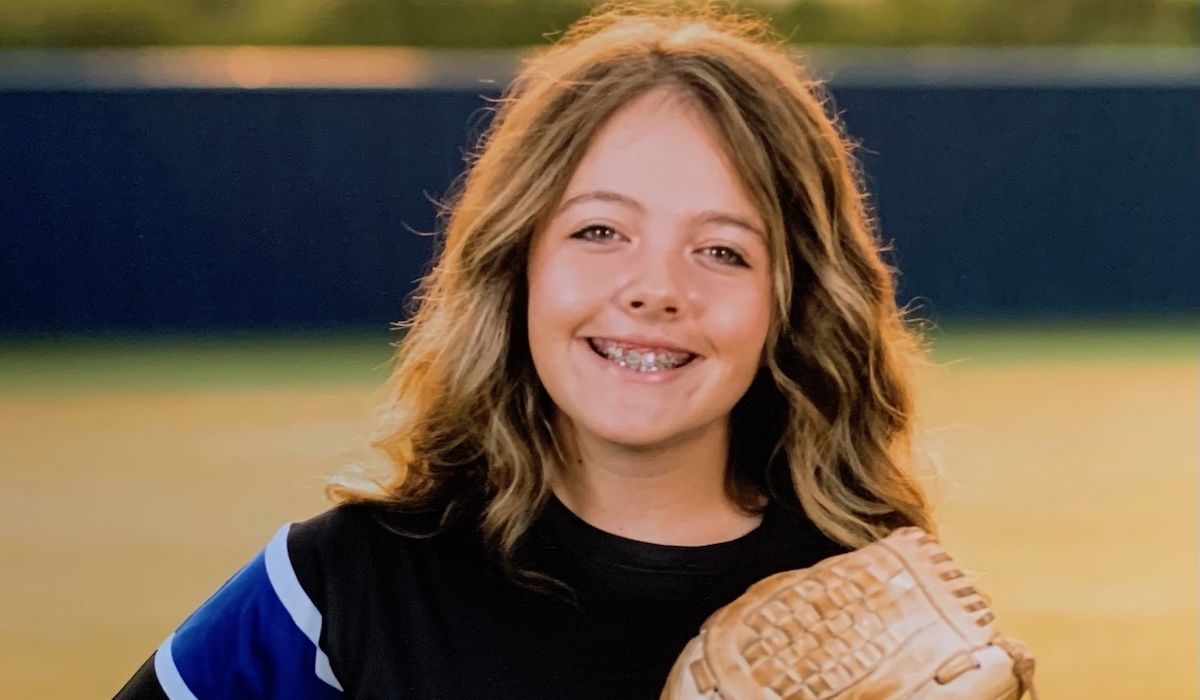 There are moments during an athlete’s career when they go above and beyond anything they have ever done before. Guthrie’s Ashlee Eichler had a pretty amazing game during her sophomore year.

“The biggest highlight of my career was hitting three home runs in one game,” she stated. “We were playing at Guymon and we ended up winning the game 15-14. I was in a little bit of shock at what had happened because it is something that is so rare. It is definitely something that I will never forget.”

Eichler, who is now a junior at Guthrie High School, has played softball for twelve years. She currently plays fastpitch and slowpitch softball for the Lady Blue Jays. She can play either first base or pitcher, wherever she is needed.

Throughout her life, Ashlee’s life has been influenced by a number of different people, but she says that there are a few that have made a big impact.

“My parents are the biggest influences on my life,” she said. “They push me to be my best and show me that there is no excuse to not put effort into what I want to do. I would not be the person I am today without them.”

The success that she has experienced over her career has not come without hard work and determination. But Eichler says that her personal success is just as much about her team as it is herself.

“There is a lot of work put in,” she said. “Along with lots and lots of practice, being successful is not just about what you do, it’s about working together as a team and believing in your teammates.”

Along with playing softball for Guthrie, Eichler also plays travel ball for Oklahoma Pure-Cardinals. She also attributes a lot of the progress she has made to private lessons that she has received.

Outside of sports, Ashlee is also a member of the National Honor Society, Mu Alpha Theta, and she serves as the co-editor of the school yearbook.