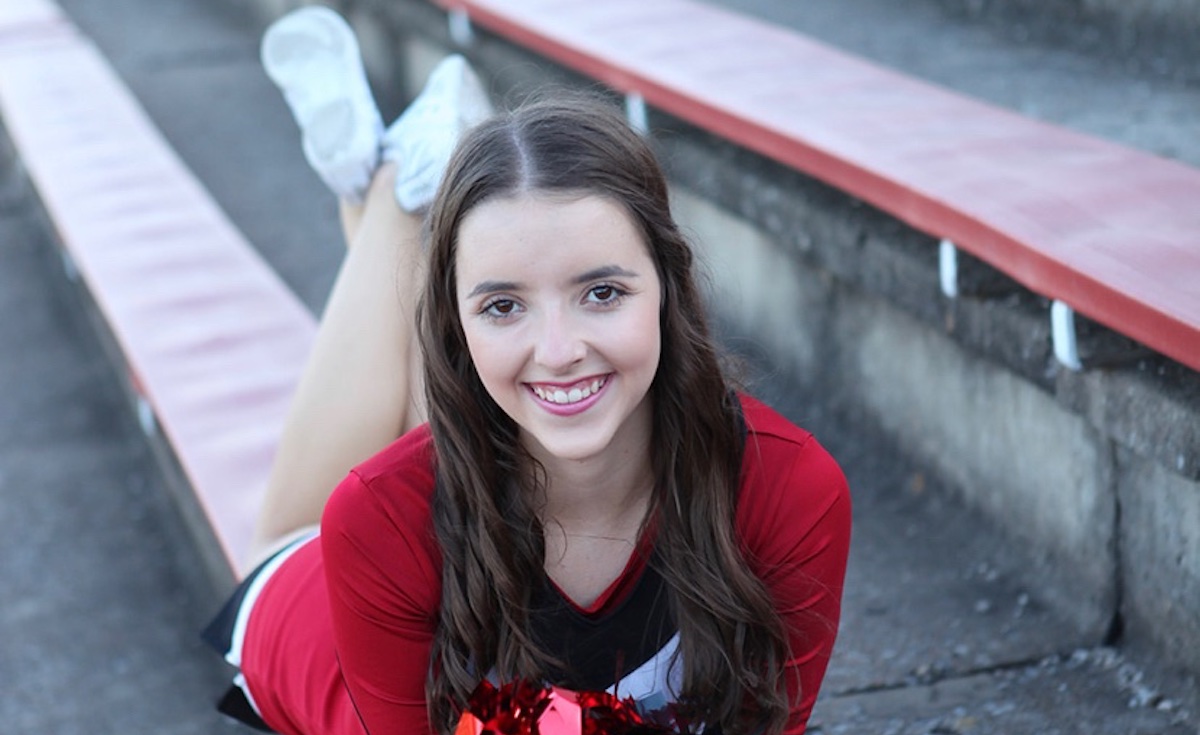 “For me to be successful in cheer, I have learned that you have to keep trying,” she said. “Sometimes we have to go through trial and error before we can make our routine or stunt perfect.”

Jenna is a senior at Pawnee High School. She has been a member of the cheer team for four years and is currently a flyer on the cheerleading team. Scott says that she has had a variety of people that have influenced her life, but says that there is one person that has the biggest impact on her life.

“The biggest role model in my life is my grandpa,” she said. “He is so generous and would do anything for anybody. He also is great at making people laugh.”

Another person that has impacted Jenna’s life would be her science teacher, Mrs. Miller.

“She was my science teacher when I was a freshman,” she said. “Other than science, she also taught me to always look at the positive in everything.”

During her career, Scott has made some great memories with her teammates. Some of these memories have come during the field of competition, while others have taken place away from the sport. She says her favorite one happened this last football season.

“Cheering on our football team in the quarter-finals of the playoffs this past season,” she said. “The crowd was so involved, it was great. And even though our team did not win, it was incredible to be on the sideline that night.”

Outside of sports, Jenna is also involved in a variety of groups around campus. She is a member of Beta Club, the Fellowship of Christian Athletes, Honor Society, Gifted and Talented, and FCCLA. She is also currently serving as Oklahoma’s Distinguished Young Woman of 2022.