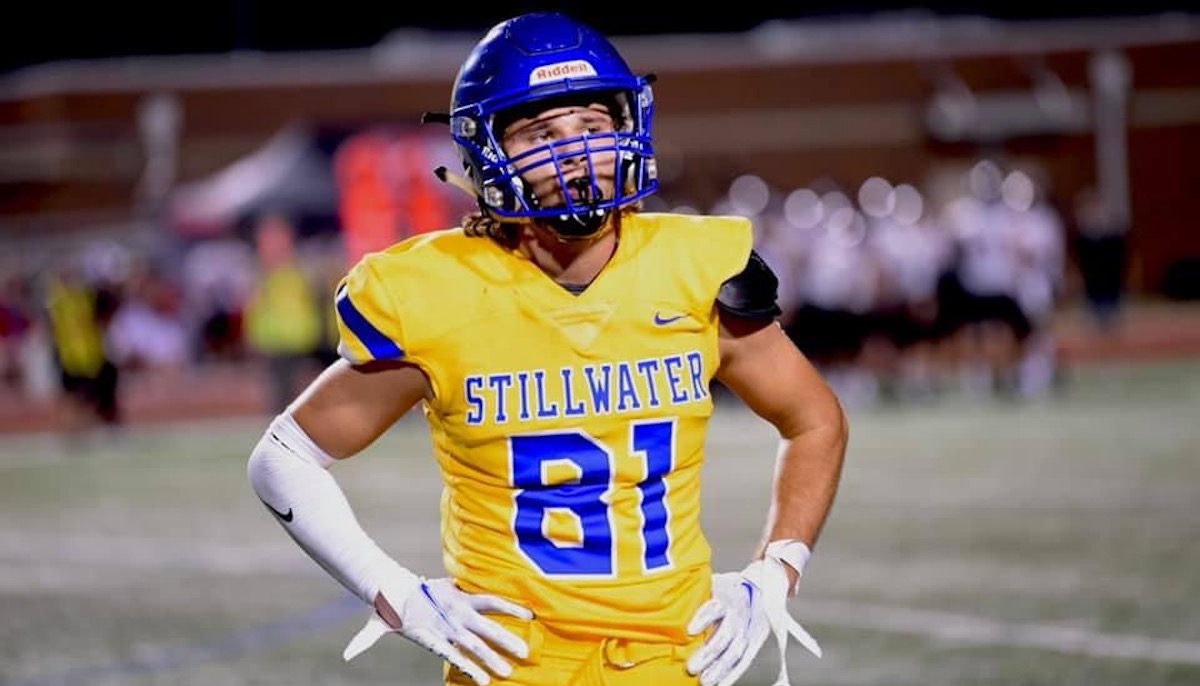 A high school student athlete’s role model could be a variety of people. Some may look up to their favorite professional or college athlete, while others may look up to a musical artist or celebrity. Ty Smithton says that he is blessed to have a role model that is closer to home.

Ty is a senior at Stillwater High School. He plays wide receiver, punt returner, and kick returner for the Pioneer football team. He began playing flag football when he was five years old and moved up to tackle football when he turned nine.

Over the years of playing football, Smithton says that while he has enjoyed different levels of success, it did not come without a lot of work.

“It takes constant focus and good willpower to be a great athlete,” he said. “It can be hard but that is just what you are going to have to do if you want to win. Most importantly you have to be a good leader because it takes a whole team being great to win, not just one guy. Leading others puts everyone on the same page and it’s much easier to play together.”

There have been a lot of great memories that Ty has from his career so far. But he says that a big game last season would have to be his favorite.

“The highlight of my career was our game against Choctaw last year,” he recalled. “I had three catches, two of which were touchdowns, and 210 yards. It was the first time I got to show people what I could really do and it was a really special moment for me.”

As he plays his final high school season, Smithton looks back with a lot of great memories of playing Pioneer football.

“Stillwater has an amazing football program,” he said. “It’s been an honor to be a part of it,” he said. “I was able to play alongside my brother and we were coached by our dad. Those are great memories.”