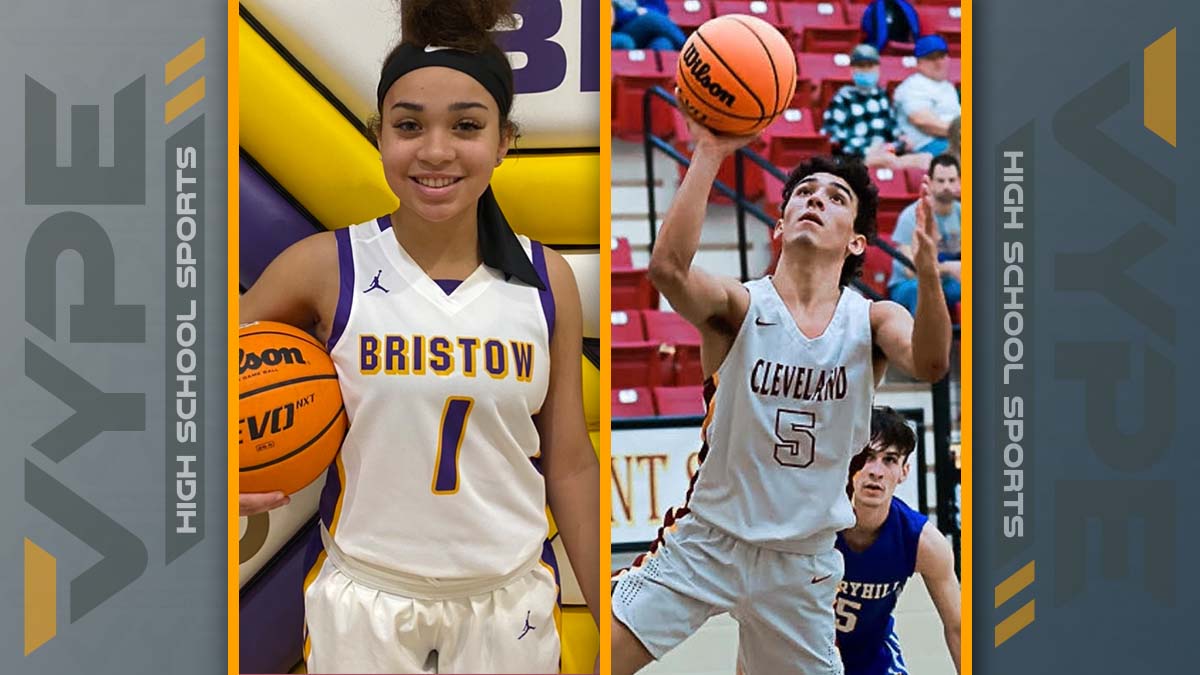 Sutton Titsworth – Bristow
Sutton plays shooting guard and was the team’s leading scorer last season with 15 points per game, shooting 41% from the field.

Kyler Kauk – Cleveland
A tough and strong player on both ends of the court.

Camden Crooks – Cushing
A tough, athletic, and physical player that competes on both ends daily.

Hayden Brooks – Davenport
He is a slasher and a quality shooter.

Tyler Day – Mannford
Tyler is a strong and tough point guard that causes problems for opponents.

Zach Cook – Meeker
After battling an injury last season, Zach will be the anchor for Meeker on both ends of the floor. He will also be a leader for the team this season.

Nate Lester and Trip Davis – Prague
Lester is an outstanding shooter, while Davis is a solid point guard and can push the ball up the court.

Colton Mueggenborg – Yale
Colton is the backbone of the team and has great leadership and work ethic.

Camille Pritchard – Bristow
Camille is a nightmare for opponents with her athleticism, ability to get to the rim and finish, and her ability to guard multiple positions.

Bailey Layman – Cleveland
Layman had an outstanding summer and was the conference MVP last season.

Macey Wilkerson – Depew
Has the potential to be a game-changer on the floor. Sees the floor great and looks to get teammates involved.

Isabella Pehrson – Mannford
Lengthy and athletic guard that can score at a high clip. She has high energy and a never-quit attitude.

Breanna Pearcy – Meeker
Breanna is an overall definition of a student-athlete and is also a quality person.

Alauna Parker – Prague
Parker is a very athletic and versatile player. She will be a key player for Prague this season.

Charles Ware – Bristow
Ware was the team’s second leading scorer last season with 11.7 points. He can attack the rim and is a solid rebounder.

Dray Curtis – Cleveland
Dray is a smaller guard but creative in scoring the basketball at all levels. His game will grow as the year goes on.

Trevin Ezell – Cushing
He is a young guard with the ability to score in bunches.

Landry Chronister – Kellyville
Chronister has a lot of potential and could be a big-time player this season.

Duce Compton – Meeker
Duce has shown the potential this summer to be a legit scoring threat this year, even as a freshman.

J’ohn Friend – Prague
J’ohn showed some real potential toward the end of last year and this summer. He is a very hard worker and leader.

Connor Elliot – Yale
Connor has slowly been emerging as a key player on the team and fans should be looking to see him bring a big impact to the court this year.

Addi Alexander – Bristow
Addi had a great freshman year averaging 11.8 points per game and with her hard work this summer she is going to have an even better sophomore year.

Lauren Carrie – Depew
Has a chance to improve far more than she was last year. Great vocal person and leader when on the floor.

Brooklyn Ballard – Mannford
Athletic guard that has a lot of potential to help for the next four years.

Breanna Butler – Meeker
Breanna is a very hard worker and will make an impact as an inside presence this season.

Aaliyah Dauman – Prague
Liyah is very athletic with a high ceiling. She also serves as a difference-maker on the team.