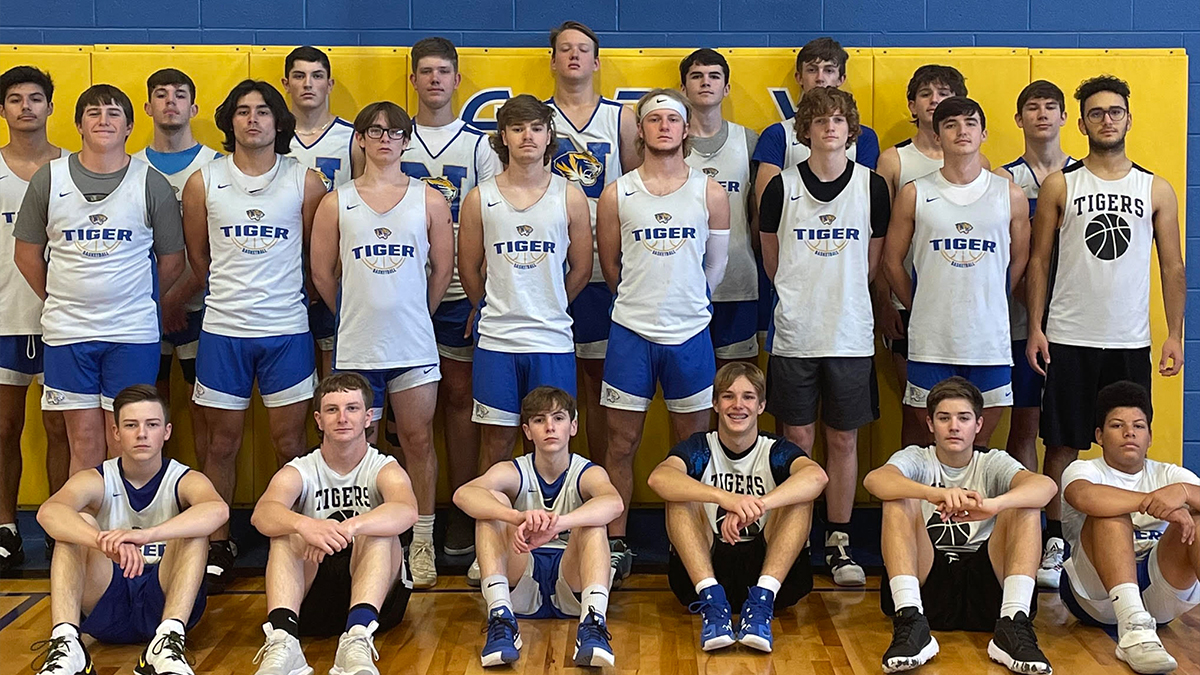 When asked to describe this year’s Newkirk Tigers boys basketball team, head coach Mark Huster says, “We are very experienced. We are retuning four starters and seven of our top eight players.” One of those returners is three-year starter Blake Johnson (5-11, Sr.). Johnson is a solid defender and good leader. “He’s a great leader,” says Huster. “He works hard every day and is a great student.” Guard Daniel Harrelson (5-11, Jr.) is also back after averaging 14.0 points per game. He is also a three-year starter for the Tigers. “He’s a good shooter with a quick release. He also defends well,” says Huster. Leading the defensive effort for Newkirk is center Spencer Stegman (6-6, Sr.). Another three-year starter returning for Newkirk is point guard Landon Vap (5-10, Jr.). Huster says that Vap is Newkirk’s best perimeter defender. An underclassman expected to play a key role for Newkirk is Seth Logan. Huster describes him as a solid post player with great touch around the basket. Other players returning include forward Ean Watters (6-3, Sr.), guard Jaykob Shirley (6-0, Sr.), and forward Clayton Bergman (6-3, Jr.).