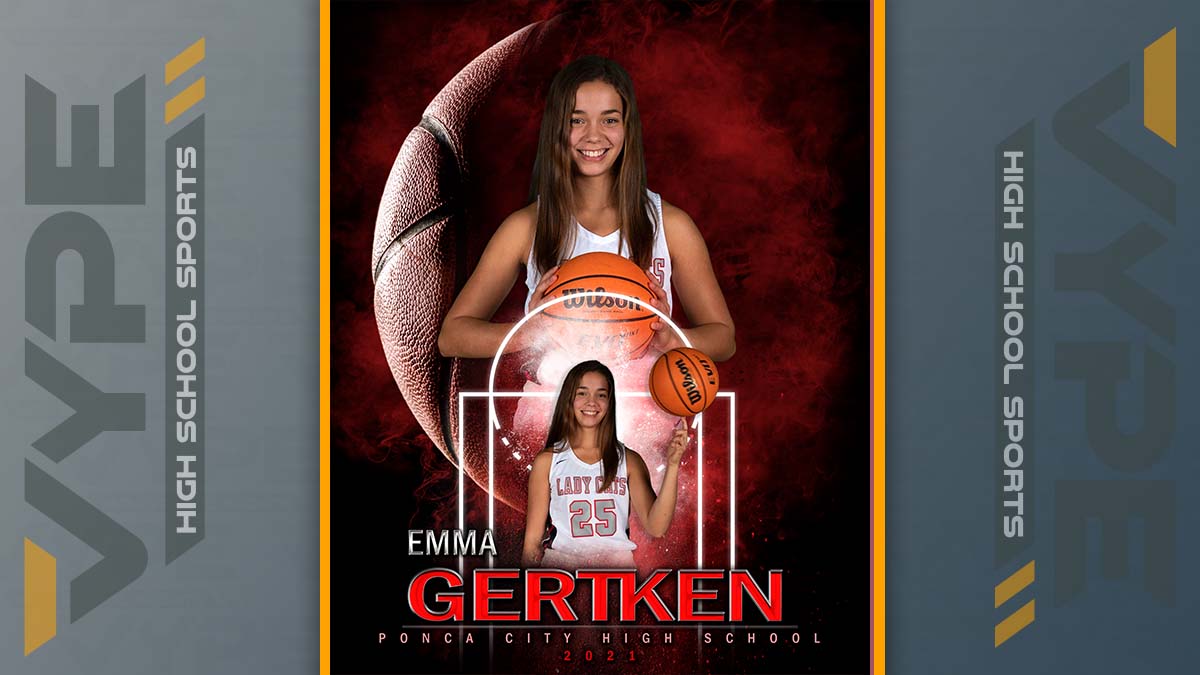 Family can play a big role in the development of a high school student athlete. Emma Gertken says that she would not be where she is today without her family.

“My biggest role model is my dad,” she said. “He has sacrificed many hours to coach me and teach me different skills. He always pushes me to be the best I can be. Also, my older sister Naomi; I have always looked up to her because she is such a nice person and a great example of what a Christian should be. I also look up to Naomi because of the way she played volleyball. No matter the score she never quit and she led by example.”

Gertken is a junior at Ponca City High School, where she plays guard for the basketball team. She is no stranger to the game of basketball as she began playing when she was in the fourth grade. She fell in love with the game and has played it ever since.

Along with the support of her family, Emma has put in a lot of work in order to become the athlete that she is.

“It has taken a lot of perseverance,” she said. “Things can get tough sometimes but you just have to push through it. There have also been many hours of practice. But being a successful athlete is not just something that happens, it is earned.”

Another person that has played a role in Emma’s life is her former coach, Joy Neal.

“She taught me the love of the game and also how to stay calm under pressure.”

As a team, the Lady Wildcats reached a major accomplishment and that moment is what Gertken calls the highlight of her athletic career so far.

“Our team made it to the state tournament during my freshman season,” she recalled. “It was a great experience, even though it did not end the way we had hoped that it would.”

Along with sports, Emma is also a member of the student council and S3.