There are key moments throughout an athlete’s career that they will never forget. Whether it was a personal accomplishment or a team win, it is something so special that it is ingrained into their memory.

Cayden Anderson plays soccer and says that, though he has made some big plays and had some great games, there is one moment that stands out as his favorite.

“The highlight of my career would be a district final game my freshman year,” he said. “I scored an eighteen-yard header and I also scored off a cross. We won 2-0 and it was the first time in my high school’s history that they made it to the state quarterfinals. That year I was awarded first team All-District, second team All-Conference, and Academic All-Conference.”

As a junior at Ponca City High School, Anderson plays multiple sports. He plays forward and outside midfielder on the soccer team. He also plays football and golf for the Wildcats. Soccer has been a part of his life for most of the time he has been alive. He says that it has taken a lot to help him become the athlete and person that he is today.

“It has taken many things to be successful but the most important of them is dedication and determination to reach goals,” he said. “It has taken lots of extra hours after practice, weightlifting, and getting to games early. It has also taken the teammates and coaches I have had because without them pushing me and training with me, I would never be where I am today.”

“My parents would have to be my biggest role models,” Cayden said. “They have sacrificed so much time and driving hours for me to play soccer. They take time out of their schedules to help me chase my dreams and play the sport I love. I am forever grateful for my amazing parents.” 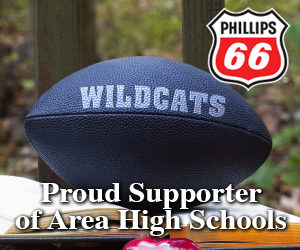