Athletes deal with many different things as they compete. Some may hit a slump that they have to figure out how to play out of, while others may have an injury that they have to work back from. Lane Decker has a daily battle that he fights each and every day, but he does not let that stop him from being his best.

“I battle cystic fibrosis every day,” he said. “While it can be tough at times, it has helped teach me that no matter the hardship, I can get through it.”

Decker is a senior at Blackwell High and is a member of the baseball team. He has played the sport for about 14 years and plays shortstop and pitcher. He received an honor this season by being named the team captain of the Blackwell Maroons varsity baseball team.

“My parents and my siblings are the biggest role models in my life,” he said. “They always believe in me and push me to do better each and every day.”

Lane has had to put in a lot of work over his career to become the player that he is today. He says that work is important if you want to be a good athlete.

“It has taken years of hard work for me to get to where I am today,” he said. “There have also been hardships but all of that has molded me into the person and athlete that I am today.”

There have also been some teachers at Blackwell that have had an impact on his life, but Lane says that there is one that has had the biggest impact.

“My favorite teacher would be Ms. Ridenour,” he said. “She was my eighth grade history teacher. She always taught me to be positive no matter the circumstances that I may be under.”

Along with baseball, he is also a member of the FCCLA and the National Honor Society. 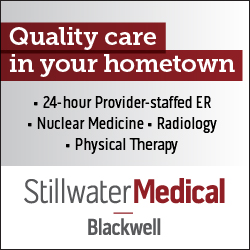 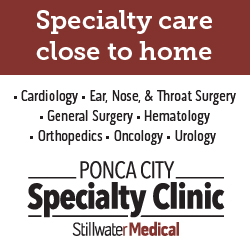