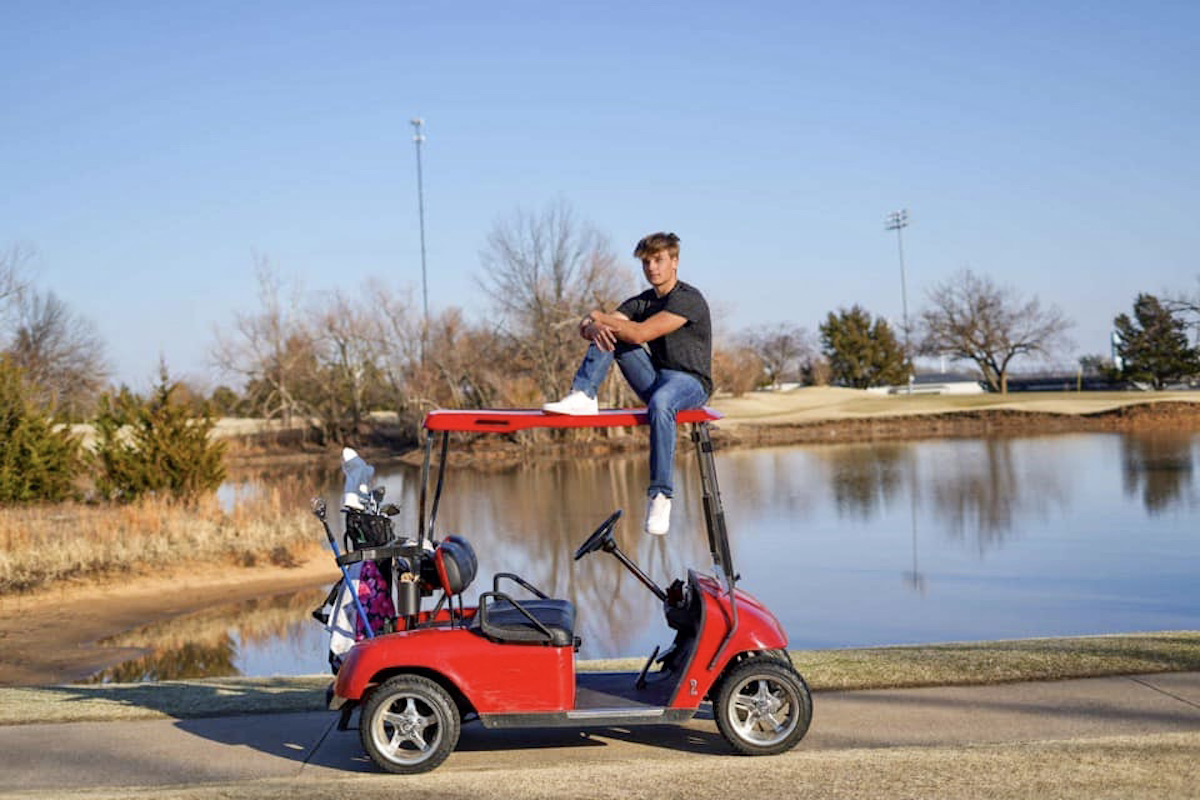 Senior Cashtin Craycraft is a three-sport athlete at Perkins-Tryon High School, where he competes in football, basketball and golf.

Craycraft is a captain on the football team, playing on both sides of the ball at the wide receiver and free safety positions. Last season, Craycraft was named to the all-district team as a wide receiver after leading the team with 33 receptions for 381 yards and five touchdowns. Craycraft is a two-year starter, finishing his career with 43 receptions for 592 yards and six touchdowns. In his four years playing football, the Demons finished with a combined record of 32-14 and made the playoffs in every season. Cashtin’s favorite football moments have been spending time with his close-knit football family.

“The brotherhood that is built in the Perkins-Tryon football program is scary,” Craycraft said. “Your goal should be to out-work and out-hustle. Never back down, no matter the competition.”

Craycraft is a guard on the Demons basketball squad, which lost at the area tournament this season. Craycraft is also an active golfer in the spring and was one of four Demons golfers to compete at the Class 3A state championship last season.

Outside of athletics, Craycraft is involved in FCA and FCCLA. His biggest role models are his parents.

“Together they believe in me so much that I think they are crazy,” Craycraft said jokingly. “They show me unconditional love and kindness and I strive to show them, and everyone that is close to me, how blessed I am to have that support. Life is not going to be easy, and someone out there wants what you are working towards. They could have more talent and put in the same number of hours just like you have, so never let someone outwork you.”