Teammates are more than just people you compete alongside in your sports. They also become like a family because of how much time you spend with them and get to know them better. Malachi Mitchell says that a former teammate had a big impact on him.

“My biggest role model would definitely have to be one of my former teammates, Kev,” he said. “He taught me that nothing comes easy. You have to grind and work past your breaking point if you ever want to get better. I am a self-motivated person. I have a mindset that tells me that I have to work harder than everyone else. Even if I am not the best at something, if I work harder then I am satisfied.”

Mitchell is a senior at Stillwater High School. As a member of the track and field team, he runs the hurdles and is an alternate for the 4×100 relay. He decided to join the team his freshman year and says that he had to convince himself that it was a good fit.

“It has taken a lot for me to be successful,” he said. “I came into track my freshman year not knowing anything about it, but after researching it and telling myself that I can do well in this sport, I knew that I could be successful in hurdling. As the only guy hurdler, I find that I battle myself the most in practice. However, as a leader, I always try and make sure my teammates get better every day.”

Mitchell likes to follow a lot of people on social media, but he says that there is one that has had an influence on him because of his personal decision to better himself.

“My favorite person I follow on social media probably has to be Behzinga on Instagram,” he said. “I started being a fan of his and the rest of his group in 2014. In 2020 he decided to change his life forever and started working out and focusing on improving himself as a whole, and I know that couldn’t have been easy, so I feel like he deserves a lot of respect.” 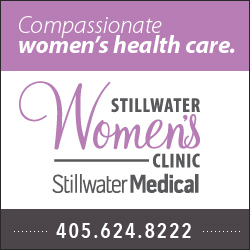