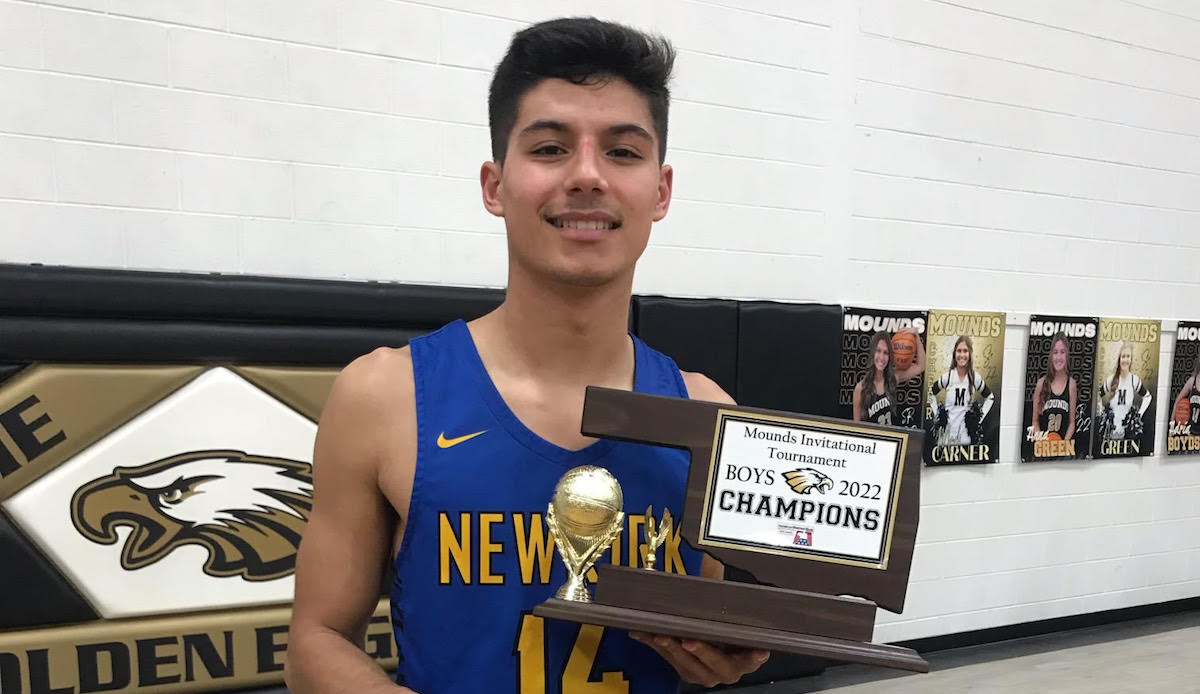 Throughout their careers, athletes have moments that they will never forget. For some, it could be winning a championship or an award, while for others it could be a personal milestone or accomplishment. Newkirk’s Blake Johnson says that his moment took place on the basketball court.

“The highlight moment of my career would have to be when I scored a career-high 23 points in a win against Frontier,” he said. “Scoring a career-high in points is good enough but to do it during a win makes it even sweeter.”

Johnson plays guard for the Tiger’s basketball team. He says that there is more to being a successful athlete than just putting in the physical work, but he adds that the work is important as well.

“You have to show up every day being humble,” he said. “You also have to trust the processes. Your coaches are your coaches for a reason. My biggest motivation is when I see other people working just as hard as me. Then I know that we are giving our best to get better. I enjoy going up against Jaykob Shirley the most when we are practicing. He has Kyrie-like handles and shoots just as good as I do if not better.”

Out of all of his teammates, Johnson says that there is one person who flies under the radar but is still a really good player and teammate.

“I would say that Ean Watters is probably the most underrated player on our team,” Blake said. “He is very low-key and does not showboat. He is very humble but also a hard worker.”

When his team takes the court, Johnson says that there is one team that he loves to get a win against more than the others.

“I always enjoy beating Tonkawa,” he said. “For one, they are really close to us but also I know a lot of people from there so that makes it fun too.”