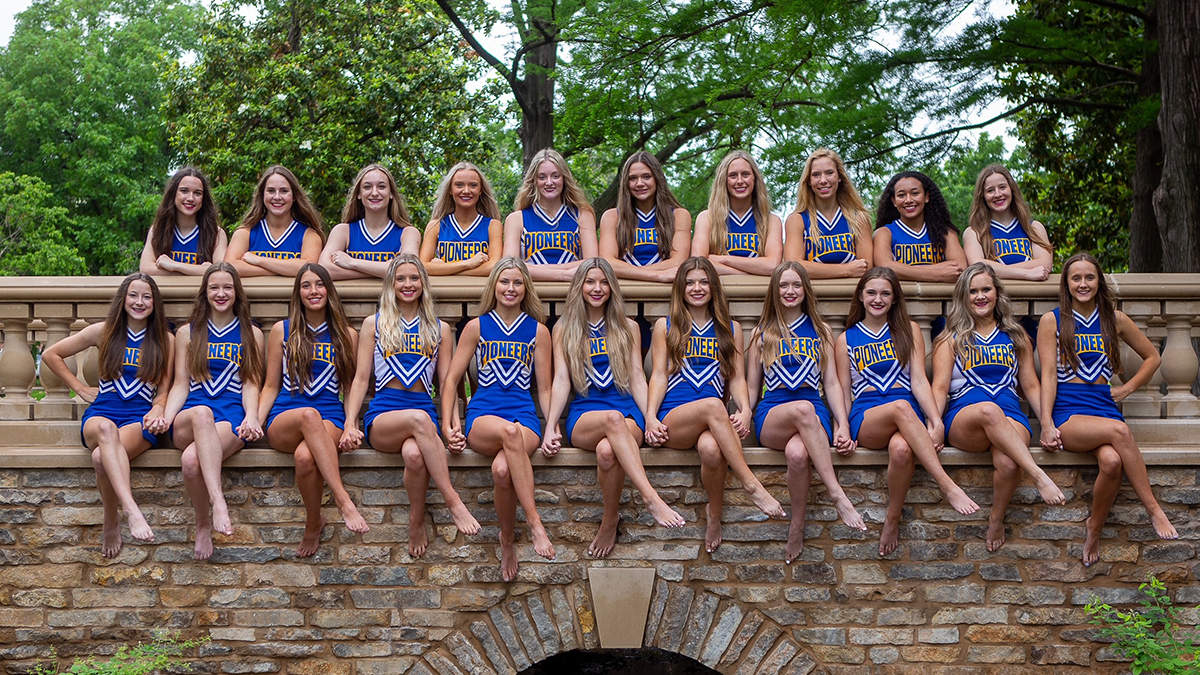 Head coach Carolyn Walstad has one of the longest running coaching tenures at Stillwater High School. Walstad has spent 24 years build a great cheer program which has included 15 All-State cheerleaders and several who have gone on to cheer at the next level.

This season with 21 members, the squad plans on competing in the OSSAA Game Day competition as well as UCA Nationals and STUNT. The senior class has eight members. “Our senior class is a strong group that are extremely talented and determined,” said Walstad. “Our biggest strength is flexibility and determination. The squad is resilient. We are not individuals but a true squad. I remind them the mentality is a squad not individuals. Honestly, COVID-19 has been really hard on the squad and our traditions. Last year for OSSAA regionals we revamped the routine, eight times due to quarantines. Hoping for a more “normal” year for the squad and athletic teams.”

Stillwater was awarded the Class 6A Academic State Championship last year and had two All-State cheerleaders in 2020. The team gets involved in other activities as well. “Nationals would have to be the ultimate memory maker; however, every away game and Friday night traditions create a fun memory.  SHS cheer youth clinic is an amazing experience for the squad but also a fabulous fundraiser giving the future Pioneer cheerleaders the opportunity to cheer on our Pioneers,” said Walstad.

Kennedi Pogue is the captain of the squad this season and she believes in hard work and having fun. “I enjoy the friendships that we make and the family that we form through cheer,” said Pogue. “My favorite cheer memory is going to Disney my sophomore year. My favorite tradition is when the band comes down for third quarter at football games and we get to do cadences.”

Co-captain Jaiden Marr said her teammates are like a second family. “My favorite memory is going to nationals my sophomore year and just getting to be with my friends for a week,” said Marr. “Football games for sure my favorite tradition.”

Lucy Poe is the squad ROCK (Responsible Ontask Caring Keeper) and said stunting is her favorite part of being a cheerleader. “It creates an environment where trust, communication, and effort is demanded from each athlete,” said Poe. “My favorite cheer memory is the moment we found out we were advancing to semis at nationals my sophomore year.”

Coach Walstad has her squad excited for another season of cheer and you can bet they will be ready to compete.