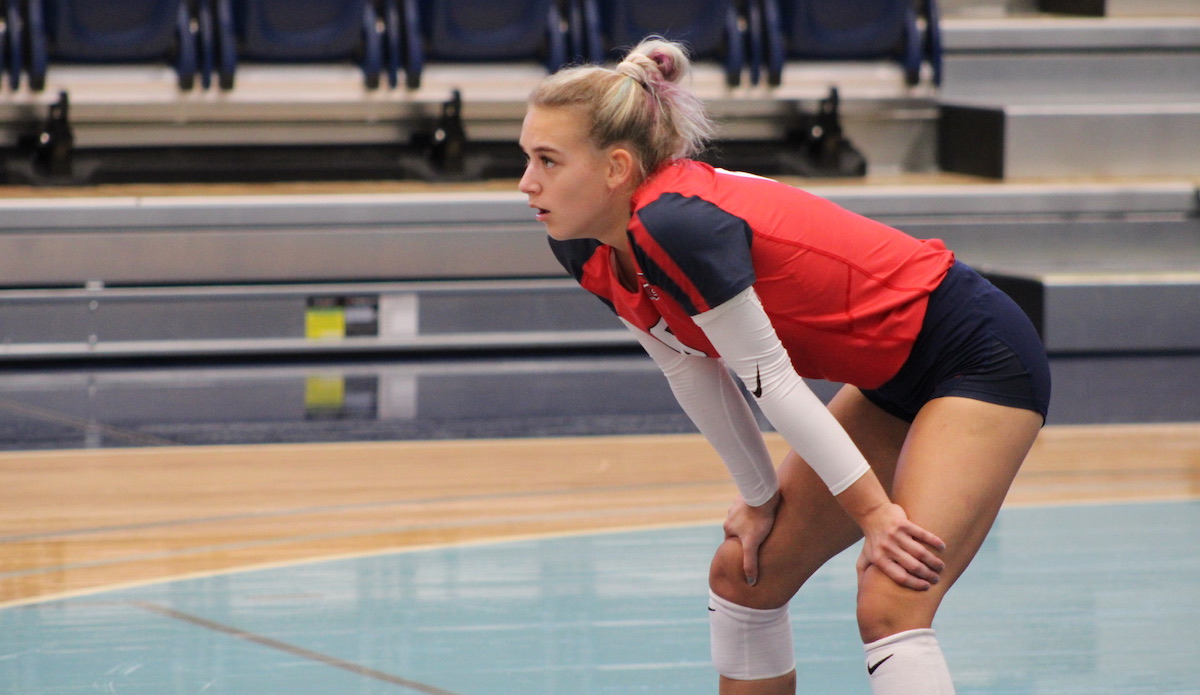 Students are in the classroom for a majority of the time throughout the school year, so it is no surprise that teachers make such a big impact on their students. Mia Steelmon says that there is one teacher that made a big impact on her life.

“Mr. Webb is my favorite teacher for sure,” she said. “I only had him for a little bit before he switched to be the school nurse. But he made my computer class the best class. He would always preach about his childhood and how he was homeless for a while, and that he worked his way up to higher jobs and retired from many jobs and now teaches for fun and has given his family the life he never had.”

Steelmon is a senior at Ponca City. She plays middle blocker and defense for the volleyball team. She first began playing volleyball when she was in the eighth grade but says her teammates are one thing that makes her love the game.
“I made a lot of great memories during my career,” she said. “But making it all the way to my senior year with some of the best friends that I’ve had since middle school is really great. And seeing how we have grown as volleyball players and people has been awesome.”

While her teammates have had a big influence on her life, Mia says one of her coaches also made a big impact.

“Dylon Wolf is someone that I really look up to,” she said. “I would have to say he is the most real coach anyone could ask for and he will not hesitate to help or tell you straight up.”

Becoming a successful athlete takes a lot of work, but Steelmon says that if you are willing to put in the time, it will pay off.

“It takes a lot to be a success in sports,” she said. “You have to be coachable, push through, and use every day as a learning experience.”