Connor qualified for state as an individual last year and is running even lower times this year, while Shawn Metzer has looked like a totally different runner this year and has shaved minutes off of his times from a year ago. Both look to have great seasons and should qualify for the state meet.

While Brady did not run last season, he has incredible stamina and knows how to finish a race.

Jesse had a solid season last year and ran a 5:06 mile at Mustang. He is one to keep an eye on as the season progresses.

He has an unmatched determination as a sophomore. He gives 100% at all times and will be a runner to reckon with for the next three years.

He is a returning three-time state qualifier. He has a sub 17 minute 5k and looks to be an all stater this season.

Galt placed seventeenth at state as a freshman and twelfth at state as a sophomore. Going into his junior year, he is looking the best he has been. He is a tremendous leader and teammate to the team. He does great in the classroom, and serves the community every chance he gets. He’s an amazing runner, but even better person.

Kel is a great kid who is constantly looking to improve. He pushes himself everyday. It’s not easy being a high school cross country team of only one but he does not let that stop him. He finds ways to pace himself and cut time off his 5k.

Burt qualified for state last year and is back this year with a drive to get to the podium.

Amaya placed seventeenth last season but has improved greatly and is looking to make a run into the top ten and possibly make the podium. She has ran all summer working to improve her stamina and times.

Jael had a spectacular freshman campaign last year, finishing seventeenth at the Class 2A cross country state meet with a personal record of 13:17:74, and placed fifth in the 2-mile run, and tenth in the 1-mile run at the Class A state track meet.

Both Olivia and Natalie are great leaders on the team and they are solid runners. They do a lot of work throughout the community and their church.

She is a very talented runner that sets high goals and is looking to achieve them this year.

Senior leader on the team. She works hard everyday and loves to compete.

Jaycee is young and is already making a name for herself in this program. She has a bright future ahead of her.

He is running some decent times as a freshman and should continue to improve throughout the season.

Tevin is competing for the second spot on the team and was part of the state meet team as a freshman. He looks to lead the team back their this season.

He is a superb kid that is very motivated and has what it takes to succeed and step up to the next level against bigger schools.

He is young and very athletic. Ryan has a ton of room to grow and get better.

Mason is a multi-sport athlete that has shown he has great potential in cross country. This freshman continues to grow and excel each week. He works hard, does well in the classroom, and does what he is supposed to do.

Luke started the program late this year and has already secured a spot on varsity.

Emory is a freshman who is competing for the number two spot on the team and will be a key piece to helping the team return to the state meet as a team.

Braylee is an extremely hard worker and is completely dedicated to her team. She will be a huge part of the program moving forward.

Emmy is a young lady with alot of raw talent. She could be a big part of the team success this year.

She came back out this year as a sophomore after not running her freshman year and is competing well. She looks to play a big role on the team.

Lauren is a multisport athlete who excels in everything she does.

As a  Freshman,  Daxton has come into work and has embraced running. He gets better every day. He is competitive and will be on the radar very soon.

Consistent athlete that works hard day in and day out.

Eugene is a guy you want on every team. He doesn’t miss a practice, he does what you ask him to do, and he gives everything he has every single day. While in cross country, he also excels in band and other extra curricular activities. What makes Eugene so special is that he has one arm. While this could be an excuse to many, it is not to him. He does every workout all the other boys do, works extremely hard, and never has an excuse.

As a Senior, Ramirez is doing things he hasn’t before. The quietest on the team but certainly not on the course.

Madi has worked hard in the off-season for both of her sports and she has already shaved minutes off of her time. But more than that, she’s a phenomenal young lady who leads well and sets a great example of character and competitor to those around her.

Madelyn is a leader on the team and always gives her all in everything she does.

She was not able to compete last season due to injury but is back healthy this year. Always sets a great example for the younger athletes.

She juggles softball, cross country, and band. She is a top runner on the team and shows up to practice even though she is super busy.  On softball game days she will run before her game if she has time if not she will run after.

Dani returns to cross country after a two year pause and is doing amazing things. 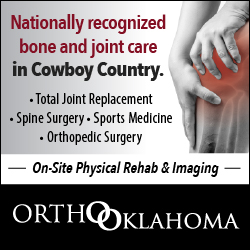 After an exciting volleyball season, VYPE Is looking to name Miss Volleyball Oklahoma. But first, we want to find out the top player in...